skip to main | skip to sidebar

God speaks all languages.....even when we can't hear! 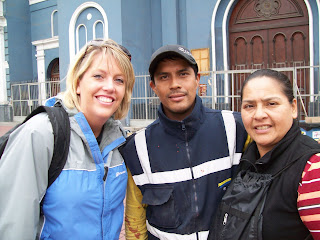 This is one of my favorite stories that will stay with me forever. I love God and I love to share that with everyone. While in Peru, we were asked to prayer walk and walk the streets praying aloud and silently for many things.

As I walked along the prayer walk- I asked God to bring people into my path while I was there, that I would make an impact on their life and they would do the same for me.....all for the Glory and Honor for God!!

On this particular day....I was walking with my translator and another Peruvian woman. We stopped and asked random people if we could pray with them- and what needs we could pray for them? 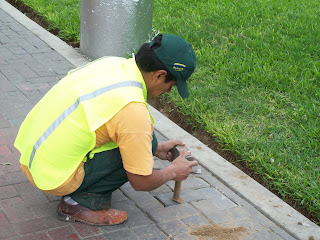 I saw theses workers.....working very hard replacing bricks in the sidewalk. And I really hated to bother them, and take them away from their job.....but I really felt led to speak with one. As I knelt down and tapped him on the shoulder and my translator spoke in Spanish for me. I asked him "Excuse me.....I am Mollie- from United States." At that time he looked at us puzzled and then pointed to his mouth and ears.

He then spoke with a muted voice to which we only understood that he was deaf and mute. My translator looked at me and said "he is dumb and can't speak." I was determined to let him know about my Jesus. So with the little sign language I know- I told him my name and that I loved Jesus.

He was SUPER excited that I knew sign language and could communicate with him. I gave him the time of day- and did not ignore him as if he were "dumb" I then told him I would pray for him and that Jesus loves him. He responded to me and said "yes- I pray to God and I love him too!!" 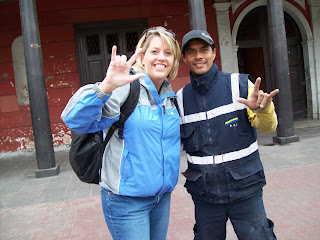 I then look at my Spanish translator and said "God knows no boundaries.....he is a God of all languages!" My translator was FLOORED!! He said " I was going to walk off- you did not need me...but I could not because that was one of the greatest things I have ever seen!"

Each day while in Peru, God showed me he is a BIG GOD and can do mighty things- and we don't ever need to underestimate his POWER!!

AWESOME!!! I am sitting at my desk with chill-bumps!! Omgosh! What an awesome story. I'm posting a link to this story on my blog!!! Love you girl!

Sounds like God had several divine appointments for you in Peru! Both posts are great, but I really love the story of the gentleman you communicated with through sign language... awesome!

Mollie
I am a hairstylist turned stay-at-home mom & home schooling mom! I love Jesus he is my best-friend. I love each day that I spend with my Husband B of 15 years, and our two boys T-9, C-7 baby J-1. We all love the Lord and serve him daily from LA (lower arkansas) I love to tell stories and give him the Glory!!

15 Years and still In Love 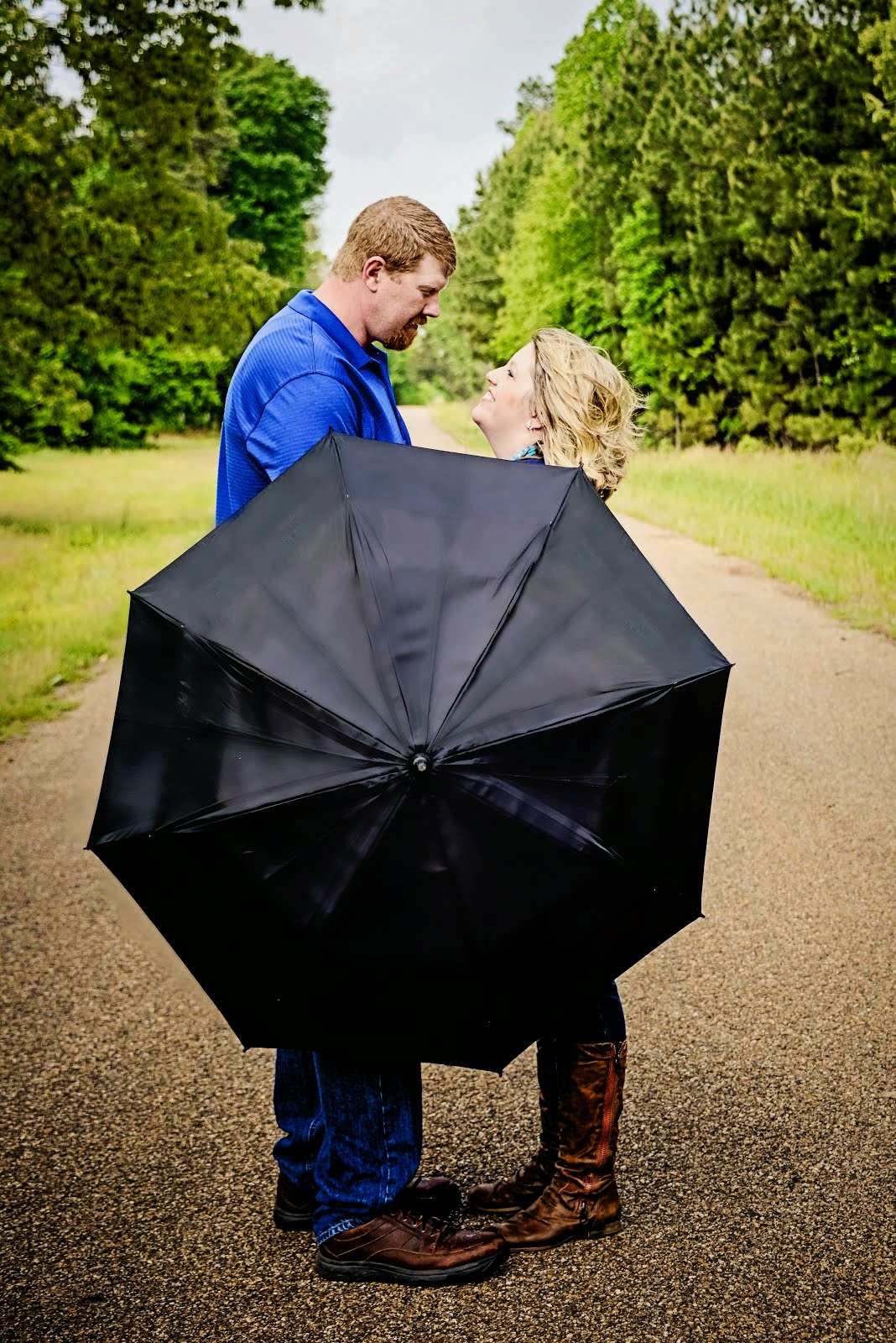 See What is for Supper tonight...

See what I have to say about...

My Favorite Blogs to Read